Learning from life itself 3- Farid 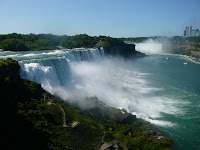 I met a person in Burlington Mosque whose name is Farid.
He is a Pakistani and a family man.

He told me of a story about himself.

This is his story ;

Long before , he had to do many jobs in order to support is family.
Yes , life is tough in America . Some people who has never been here will think that dollars ( yes , the greenback ) grew on trees (a friend of mine told me that back in his country , people think that dollars grew on tree and people just came and pick all the dollars ).

He works round the clock .

One day , a friend of him realize this and gave him an advice.

He said , no matter how much you have obey with the 5 salah daily pray but if you miss the Jumaat prayer , you will be in great trouble in Akhirat.

But farid told his friend, it is impossible because of his job commitment .

Then , the next morning , farid talk to is manager to let him go during Jumaat prayer
, and to his dismay , his manager reject his application.

Farid feel sad , but at least he did ask Allah for help and he did the best he could.

That afternoon, his manager called him to is office. She said that she needed him to work on Friday night because they want her wife to work on Saturday morning ( both him and his wife work at the same place but different shift).

MasyaAllah , Allahuakbar , all praise to Allah , Farid now could go to pray Jumaat since he change is shift from day to night.
He never miss Jumaat prayer again.

All praise to Allah who granted His Mercy to Farid and to all of us.

And Farid said to me ;

'Brother , if you are in trouble or if you need anything , pray two rakaat , make dua' to Allah , surely Allah will help you, He is the Most Gracious ,the Most Merciful'

I almost cried when he said that .

I've learned a very good lesson and Alhamdulillah , to Allah I ask for everything.

Note; And his company even gave him room to pray for his 5 times daily prayer since he prays salat in the cafeteria .May Allah bless his soul.
Posted by Indahnya Islam at 2:24 PM 3 comments:

Learning from life itself - Part 2 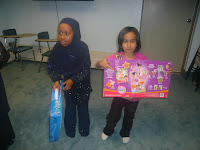 I hope that she will not follow my footsteps of making a lot of major sins and minor sins.
I repent to Allah so that Allah will forgive me in this world and hereafter.

O Allah , please make my children's have a good life in this world , follow the teachings of Quran and Hadeeth and have a good life in hereafter , and please choose them as your servants and make them to Jannah without heesab, amin ya rabbal alamin.

Learning from life itself

Assalamualaikum,
Learning from life itself. All this while i'm working here in Quincy MA ( well , i'm not here because of study but rather because of work) I've met few individuals in Muslim community who really touch my heart and my mind.
After few weeks I've arrived in Quincy and few times to the mosque, I've met this guy who always come to the mosque and we became friend later . He is from India and already reside in USA for 6 years now and make a living as a system analyst engineer. ( There are hundreds or  if not thousands of Indian people working in Boston and greater area as computer engineer or anything that relates to computer -and they are really very smart people - I wonder what happened to our CyberJaya project - are they producing enough computer engineers like India where they could 'export' their engineers to all over the world ? )
One day , he asked me to read quran together with him . After we sit down , he asked me , which surah should we read first and if I have any favorite surah . As a typical Muslim Malay , I said to him , it is surah Yassin as i've read it so many times before. So , he said , let us recite surah Yassin then. I suggested to him that I recite 10 ayahs first and then he recite another 10 ayahs and so on until we finish. He agree with that .
So , I read from the Quran first 10 ayahs and then come his turn . He recite the next 10 ayahs with ease and to my amaze , he recite it without looking at the Book. Now , wait a minute ! Does he really 'hafaz' or memorize the entire surah ? Well , I said to my self , let's wait another 10 ayahs and see how it's going .
MasyaAllah , he really remember and memorize the whole surah Yassin . Now , it really makes  me wonder . I probably read surah Yassin hudreds of time and probably thousand time ,but my 'kepala ' ,  cannot memorize the entire surah . Why is that ? Why he can memorize the surah and I cannot ?
Then , he asked me , should we read another surah , and I said yes and he suggest Surah Al-Mulk because he feels that he want to read the surah. So , I agree and the same thing happened , he memorize the entire surah Mulk ! For myself , I rarely read surah Mulk and this guy in front of me , who is an engineer himslef just like me , could memorize 2 surahs now ,Yassin and Mulk.
Now , I said to myself ,I have to ask this brother where he learned Quran and where did he learned to memorize the Quran . This is what he said
" Brother , I've just learned how to read the quran in January 2007 . I learned it from a brother at this mosque who conduct a quranic class and arabic "
Then I asked him again ,  well , it's just only a year and you can memorize 2 surahs already , or do you have memorize the entire quran ?  He said , "No brother , I only memorized all the 'easy surahs'  and few juzuks of al-Quran. Then I said to him , MasyaAllah brother , you only learned quran a year ago and now you memorize more surahs than me who learned quran since I was 6 years old. He just smiled and said that I could probably done better than him .
One thing he said is that he always learned it during his spare time and he learned it by listening to Quran recitation from www.quranexplorer.com where great reciters recited the Holy Quran.
This friend of mine makes me wonder of myself  as a muslim , how deep my knowledge of Islam is ? Why can't I memorize the entire Quran or at least half of it ? And how far I really understand Quran and how much that I've practice according to Quran and Sunnah Rasulullah saw ?
It seems to me , I had only little knowledge of Quran and Sunnah saw although I was born as a muslim in a muslim family , I have never read the entire translation of Quran and I haven't even read 1 volume of Hadeeth of Bukhari . How can I say I fully understand Islam when I didn't even fully understand Quran and Hadeeth by heart.
This brother remind me of the things that I negelct for all this years and 'Islam ikut-ikutan' as I practised before should be further enhanced by studying Quran and Sunnah . May Allah bless his soul for reminding me of what I neglected before .
( This friend of mine is currently away and on leave for 6 months from his job to study proper recitation of Quran and learning to memorize the entire Quran- May Allah made it easy for him and bless his soul with knowledge and wisdom- ameen )
.
Posted by Indahnya Islam at 2:59 PM 1 comment: 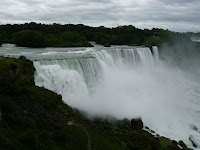 Bismillahirrahmanirrahim,
It's already Ramadhan and probably it's not too late to wish Ramadhan Mubarak to all muslim brothers and sisters. This is my first time my Ramadhan in USA and my 4th time outside Malaysia( well i went for studies in England back in 90's )
One thing that really amazed me all the time is that how packed the mosque is whenever Ramadhan comes . Here in Boston ( Quincy more specific) , muslims were originated from all over the world and some Americans would come and pray and worships Allah in His house, MasyaAllah. That is one of the blessing of Ramadhan where the remembrance of Allah is plentiful during this time .
Currently , it's Fall season right now and fajr time is 4:50 am and maghrib is around 7:10 pm . The weather wasn't really that hot and humid like we had during summer, but it was rather pleasant which temperature ranging from 80- 90 deg F during daytime to 50-60 deg F during the night.
The challenge of fasting is not the weather , but rather the 'sexiness' of the population here, since it is still consider hot weather for Americans , so the dress is a little bit 'exposed' I would say. Lower you gaze most of time is the 'key' in order to fulfill your fasting obligation. Since i didn't listen to music except for nasheed songs ( even that i have stop listening for Ramadhan).
Halal food is aplenty around this area. There are 4 groceries stores and 1 groceries cum pizza store within 5 minutes drive.There is also 1  huge Chinese groceries store that sells most of food stuff from Vietnam, Thailand ,Indonesia and Malaysia as well. They even sell durian , serai fresh just like back in Malaysia ,Ikan masin ( what ?? ) , daun pandan , bunga kantan and even daun pisang ( wow !!!), just name it , InsyaAllah , they'll have that.
Anyway, I'll continue writing later as Asar is approaching and best deeds for prayer is when you pray it at mosque,  jamaah and early .
Assalamualaikum
Posted by Indahnya Islam at 1:13 PM 1 comment: 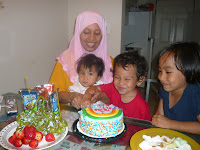 Assalamualaikum,
Well 'happy birthday' to you Siti Khadijah Maisarah, the 'little one' on her 1st birthday (without the candle of course...) on 27th of July 2008.
It was a simple celebration with cake brought from Roche Bros after checking the 'halal' and 'haram' content, especially the frac fatty acids and glycerins because it can be made from animal or vegetable fats and alhamdulillah the labels show it's made from corn oil and other vegetables ingredients , after the mad cow diseases spread all over the country, it seems that they don't want to take any chances of the 'bad fatty acids'. In Malaysia it's much easier to buy all the stuffs although since the fatty acids produced is based on vegetable fats and not from 'kerbau pendek' fats or animal fats.
Anyway, selamat hari jadi sayang.

Posted by Indahnya Islam at 7:32 AM No comments:

My experiences of going to Americaaaa pt 1

Che Wan
Posted by Indahnya Islam at 11:03 PM No comments: